Mighty Marriages are as strong as mountains!

Our Vision: To be active agents of God’s grace in relationships

Our Mission: To equip and empower individuals, couples, and families to have thriving relationships with God and others

Toward that end, the ministry is guided by a Board of Directors, which currently includes Dr. John VanderKaay, Terri VanderKaay, and Rev. Nathan Buchanan.

John has more than twenty five years experience in ministry; Fifteen years in military chaplaincy, in both Active Duty and Reserves, including combat tour of duty in Iraq; Selected as Senior Protestant Chaplain twice as a Captain; Featured in several newspapers, US Air Force website and Department of Defense’s Real Warriors program for work in Post Traumatic Stress Disorder and Suicide Intervention.  He holds a Masters of Arts in Theological Studies, a Masters of Divinity, specializing in Pastoral Counseling, and a Doctor of Ministry in Marriage and Family Counseling.   John & Terri have been married 23+ years and have five children. 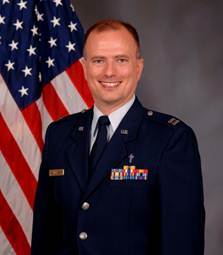 Future Plans For The Ministry include a Pastoral & Couple Retreat Center

We're here to serve you during these hours.